Exploring the diversity and ecology of amphibian skin chemicals

Amphibian skin oozes a variety of substances that protect these animals from ecological challenges such as drying out, bacteria, fungi, and predators. Toxic frogs taste bitter or generally repulsive, and can cause a burning or numbing sensation—this biological reaction means that the chemicals are acting on cell receptors, just like a ‘drug.’ Over 50% of all drugs on the market were developed from natural sources, and amphibians represent a wealth of such potential pharmaceutical leads. Some of these chemical substances are manufactured by amphibians, whereas others are obtained from dietary sources or symbiotic bacteria. Brightly colored poison frogs that obtain alkaloids from ants and other arthropod prey give us a shortcut to toxic insects that also serve as leads to develop medicines, and our research in this area will be detailed. Nonlethal methods will be outlined for collecting secretions from various amphibians. The presentation will include video and photographs from remote rainforests, with updates of ongoing and future research on the subject of amphibian chemical ecology.

National Geographic grantee Valerie C. Clark travels the world to collect amphibian secretions for chemical studies that she then carries out in various laboratories. She is from the Washington DC area in the USA, studied Zoology and Biochemistry at the University of Florida as an undergraduate, completed her M.S. degrees at Columbia and Cornell Universities in New York, and finished her PhD at Queen’s University in Belfast, Northern Ireland in 2011. Expeditions to Madagascar and resulting publications have led to news features in magazines (National Geographic November 2008 and others), radio, television, and online. See photos and stories from her research adventures to Italy, Ireland, Madagascar, Guyana, Uruguay, the USA and more at http://www.frogchemistry.com/ and find the latest photos and amphibian news at http://www.facebook.com/frogcaller . 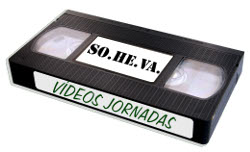